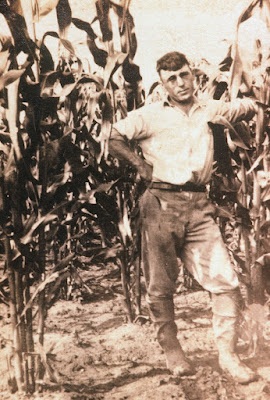 This is my grandfather, William Feaster, on his farm in central New Jersey.  I estimate his age to be about 30 and the year to be 1917.  It's possible that the picture was taken by his 12-year-old stepdaughter, Mildred, or by his wife of six years, "Lizzie."  Here is a dress up picture from about the same time. 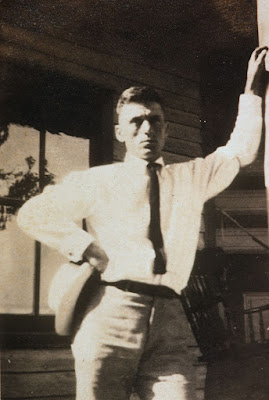 He was born in 1887, the son of a veterinarian, and grew up in Jacobstown, New Jersey.  He was deaf in one ear from being hit in the head by a baseball bat during a boys' game.  He became a veterinarian through a correspondence course from McGill University and became renowned among farmers in his area.  He also learned harness racing. 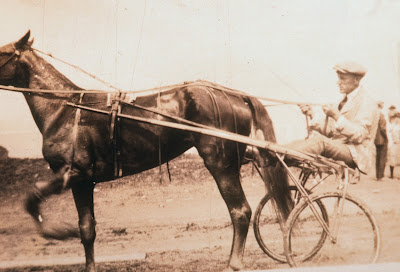 I have three pictures like this, all undated, and from the look of his features, as well as the clothing of the people in the background, I guess he might have been about 30 here, the year being 1917.  He always liked that style of cap.  I remember him wearing one when I was a boy in the 1950s.

Back then, when he lived in his retirement at 32 Magnolia Avenue in New Egypt, he often took me on drives past the magnificent horse farm of Stanley Dancer, who won his first race at the age of 18 in 1945 and who set up his stable in 1948.  That name was a household word.  Look him up on Wikipedia.

Here's another picture of him behind a horse, but this nag is obviously no race horse! 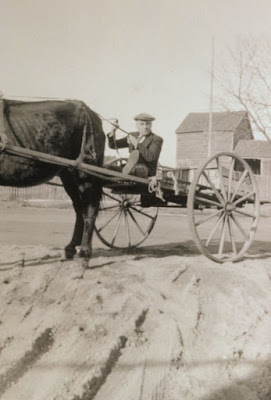 He looks to be in his forties here.  I can't imagine why he is dressed up.

At some point in the 1920s my grandfather gave up veterinary work are started a produce trucking company.  He had formed the idea during winter vacations in Florida that he could pick up starts of tomato plants in the south and provide them to farmers in New Jersey to help them bring in a crop earlier.  He picked up the harvest from client farmers and had a crew of women sort through and select the best-looking specimens, polish them, and place them in small baskets.  He trucked these to Philadelphia and New York to fine restaurants. 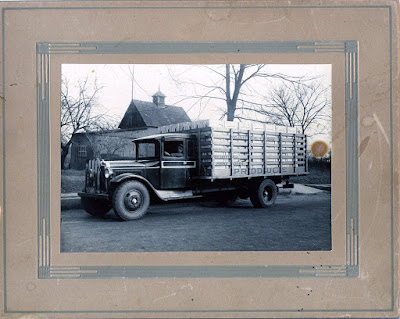 This is my grandfather at the wheel of a Ford Model AA livestock truck filled with boxes of tomatoes.  This model truck was built from 1929 to 1932.  The picture is undated.  My Aunt Millie was one of his truck drivers. 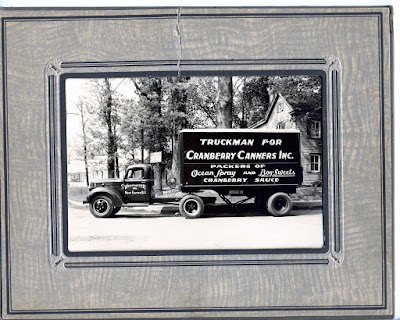 This truck looks to be a 1940 Ford.  My grandfather would truck empty tin cans into the cranberry factories and truck finished product out again.  He had a fleet built up by then. 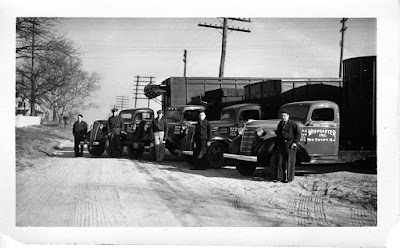 This world was in the past when I was born toward the end of 1944.  My grandfather had begun to acquire rental houses in New Egypt to supplement his retirement funds.  Fort Dix was seven miles away, and married soldiers found rental housing in the nearby towns. 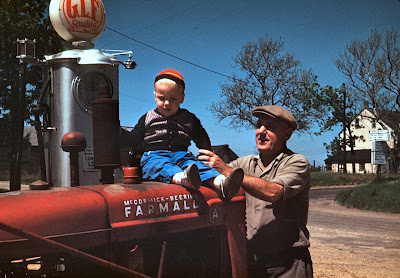 This is my grandfather as I first remember him.  He enjoyed vegetable gardening in a big way.  This picture probably dates from early in 1948, when I would have been a bit over three years old. 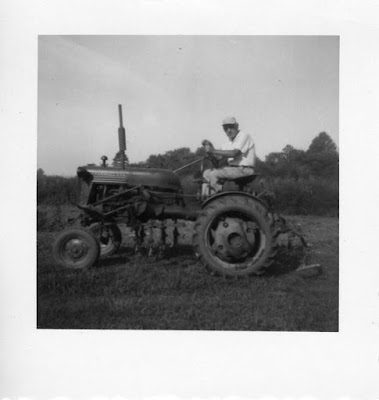 This is his garden in the 1950s.  I remember riding on his lap as he worked his big garden. 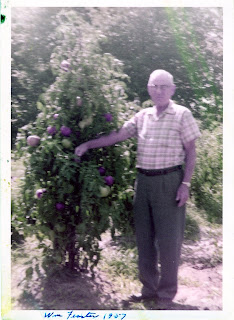 In 1957, age 70, he no longer used a tractor, but still enjoyed growing massive tomato plants, beans, squash, strawberries, asparagus, watermelons, and blueberries.  He died in 1971, age 84.