Giving Full Value to Something

I’ve recently been inside a couple of museums where a lot of imagination is evident. This is not the exception, mind you. I think most of the small museums I enter these days are showcases of imagination. They might all look pretty much the same to the casual observer, but to the “collector of museum experiences,” which is what I have become, they are distinct from each other in terms of what I hear the guides tell me when I ask for a tour.

I always ask people to “show me what you really like in here, or what you think is special.” That question often starts a conversation, and if there would have been a memorized narrative on the entire collection, it can’t find a launching pad in a conversation based on personal admiration.

The really odd thing, and the point of this blog, is that you’d never know the special thing was special from the way the museum treats it! Its special qualities are hidden from the visitor.

Hiding special qualities from the visitor is like administering a sedative. If everything has equal value, and there are a thousand things in the room, then the experience is a growing need for a nap. It’s when we elevate something and assign it more importance than its neighbors, that we help the visitor remain alert, or at least awake. The museum experience needs contours.

For instance, consider the presence of a bugle in a glass case containing other military items. Every museum displays military items. I’ve seen bugles in several of the displays. But in none of the displays have I been invited to make sound on the bugle, though a bugle is indestructible, and in none of the displays has there been an audio station where I could hear someone play a bugle. There is no explanation of how bugle sound is produced, or why bugles are used instead of trumpets or cornets or harmonicas. There are no audios of oral history interviews with soldiers recounting the feelings of hearing taps while in a war zone or at a funeral. Lacking these, the actual bugle in the case is merely filling empty space. It’s just a “metal thing” among “cloth things” and “paper things,” and the sum of the experience is only slightly above zero.

Consider the presence of one of Porter Wagoner’s guitars in a glass display case in the Harlin Museum in West Plains. Porter Wagoner is a West Plains native and a living memory for the Baby Boomers and their parents. He died a year ago. There are any number of gifted guitar-players in West Plains and nearby. The guitar in the museum is not the big, booming Gibson you see in some of his pictures. He used a variety of guitars and he had a collection of them. 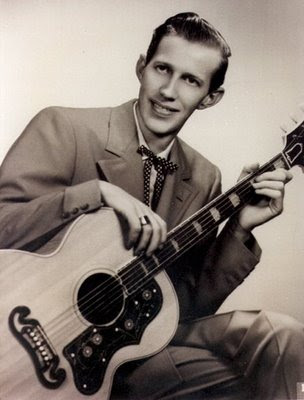 I was once a guitar player, so I have questions.

I suggested to the museum's board President, Kathy Wofford, that they upgrade the display of the Wagoner guitar with regular live demos of how it sounds. I imagined inviting someone like the folklorist, Matt Meacham, who knows his way around a guitar, to play the Wagoner guitar and try to ascertain when Wagoner used it, and in what settings. Maybe he only used it at home when doodling around. Maybe it was his “songwriting” guitar. Maybe there is nothing very appealing about its tone. I would want someone skilled to play that guitar as well as a few other guitars, demonstrating the way some models emphasize a rumbling bass while others emphasize a sweetness and lyricism in the treble, and still others are made to penetrate through competing sounds. If we’ve got a celebrity’s guitar, let’s play it well and put it into the service of beautiful thinking until there are no more people who remember Porter Wagoner or care to know what sort of entertainer he was. By that time there will be other guitars, or there won’t, but maybe there will be a bugle player in town who can bring tears to visitors’ eyes by playing taps in honor of honor itself, and in recognition of the pity of war and the fleetness of youth. 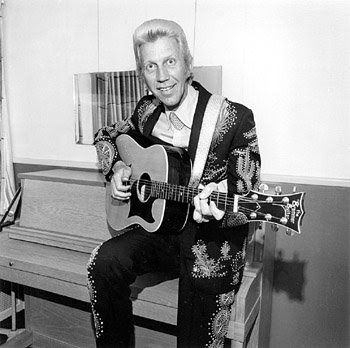 My advice on this subject is: pick something, anything, in the museum and let your imagination have a festival of new ideas, and then try them all.