Social Networking With Books and Ideas 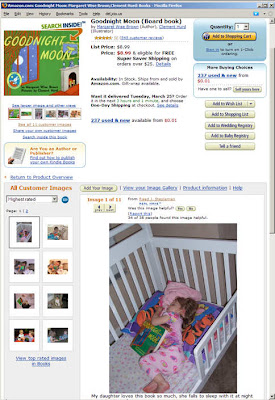 Social Networking is one of those expressions that creates less interest rather than more. There is one unnecessary word there, “Social,” making the expression a (stand back!) pleonasm. Just when you thought “tautology” was the only vocabulary word you’d need to express this verbal excess, along comes “pleonasm,” which our intern, Kara, just found on the internet when I explained the need for a term. Isn’t “networking” enough?

Now I can pretend to have a vocabulary!

I know “social networking” from email discussion groups called “listservs.” I subscribe to several of them and participate in few. In the few I read regularly and contribute to, I have the feeling that I’m engaged in a real community and I have the sense that my contributions “shape” those communities. Participation has that effect, even if it’s negative in tone.

Last month I wrote about Facebook in connection with the readmoremissouri.org web site. There’s a social networking possibility for people who want to talk about The Starcatcher Trilogy by Dave Barry and Ridley Pearson. I signed up for a Facebook account, wondering what in the world I would do with it. In setting up my Profile, I had to respond to a question like, “Do you have religious ideas?” or some such thing. Rather than write a confessional, I responded, “Yes, much of the time, don’t you?” No one in this vast social network has taken me up on that, and probably no one has seen it. However, I did receive an immediate e-mail from a county library employee who reads my newsletter and subscribes to Facebook. I suppose that is how social networking begins, with a neighborly “howdy” across the electric fence. But after, “howdy,” what is there to say, unless you have a common interest?

Now it seems that Amazon.com is trying to implement social networking on its bookselling page. I stumbled upon their attempt while looking for a digital image of the cover of Goodnight Moon. I Googled for the title, clicked one of the links that came up, and landed on a page devoted to the “board book” version of that title. Here is the link I clicked:

Behold! There is a small set of family photos depicting parents and children with that book. What a great idea! I thought some of the pictures were truly charming, so I tried to contact the parents who uploaded them to ask for permission to use those pictures on a Family Education web site.

That’s where “social” and “networking” broke down completely. There was no way to directly contact those parents as there is on a photo-sharing site like Flickr.com. I had to try to do it indirectly, by clicking through layers to their “Profiles” and then clicking something that provided me a way to invite them to become my “Friend.” Doing this made me feel like a stalker, but I did it, explaining who I am and giving the URL to my completely legitimate web site at the Missouri Humanities Council. That was on March 14, and I have not heard a peep in reply.

There are several possible reasons:


In any case, Social Networking at Amazon is not functioning two-way at the moment. It’s just one-way, and that’s a surprise and a letdown. I think there’s a great opportunity there to make it easy for parents to share ideas about the benefits of books in the home. I think it’s such a great idea that you’ll find it implemented on our own family reading web site ASAP.