Where did October go?  What happened to all those mild days to finish the weeding?  So much happened since I took this picture on October 9.  I had been staining the floorboards of our deck, but I don't think I was photographing stain, at least I hope not! 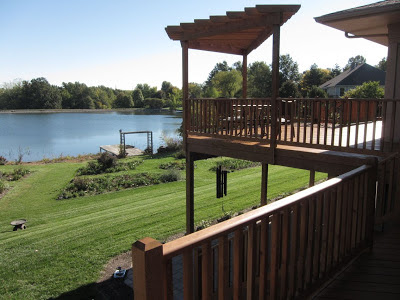 Well, maybe I was glad to finish that job.  I think I noticed the "retirement" wind chimes and the look of the near structure compared with the distant structure, and the sharp angle in the lawn compared with the angles at the deck.  This whole image is about design, he said, in a self-congratulatory way.

On that day Steve and Tim finished the wall of the new first landing down from the front entrance. 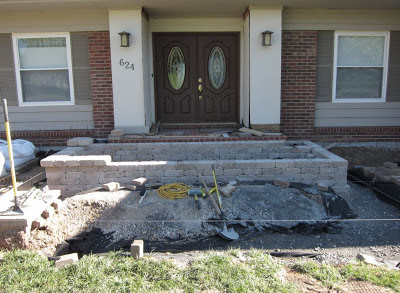 We're using the same kind of block that was here in the wall around our car-park area when we moved in two years ago.  We also used that block to frame Kathy's vegetable gardens. 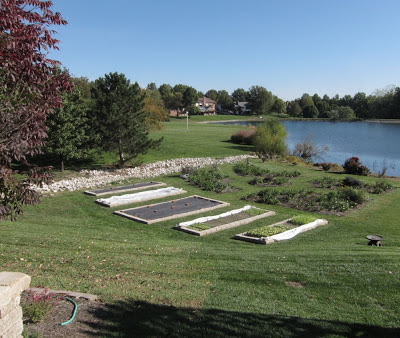 You can see the rich plum purple colors of the Ash leaves on the left.  I love the different colors on that tree when the leaves turn.  Some of the leaves are the color of plum fruit, a tangy orange yellow blend. 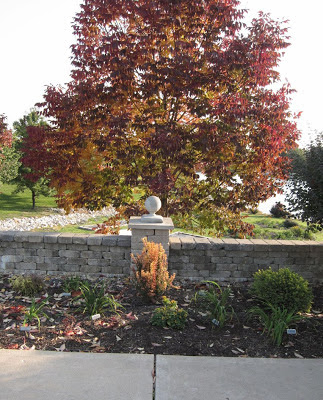 That's the view of advancing color change three days later on the 12th.  The upright bush in the foreground is a lime barberry showing its autumn colors.  Also in that bed are two of the twenty mums we bought from Daniel's Farm and Nursery for our berms.  We lost a couple of plants in this car park area and filled in with mums because we need fall color.  We're getting rebloom on the compact Shasta Daisies that Kathy planted in April. 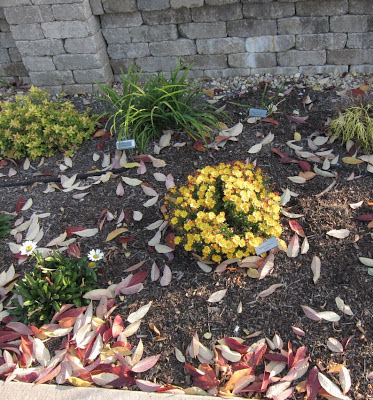 Nearby, I noticed how the leaves of our new oakleaf Hydrangea have turned from light green to rich purple.  We have never grown this kind of Hydrangea before and have been delighted with it. 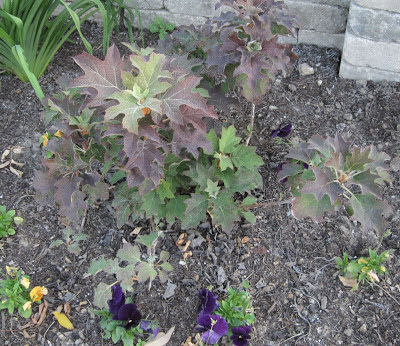 We've been thinking this year about how plants frame each other or frame features of the house.  The dock down there is slated for replacement in 2013.  We don't have a boat to launch, but like the look of a dock there.  It leads the eye out onto the water and the squadrons of ducks on patrol. 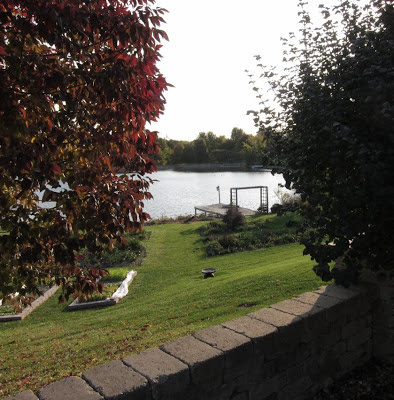 The outline of my new "keeper bed" for daylily seedlings is well-marked with a Roundup line of killed grass.  I'll kill the grass inside the outline in April and then will move my keepers to this less-sloped area. 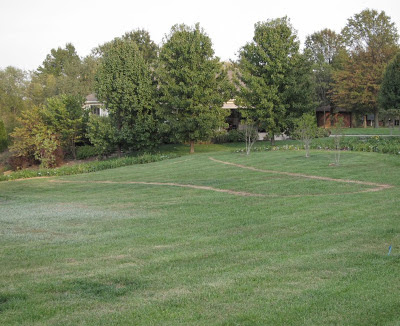 My last picture of the day captured the completion of the wall of the second landing down from the front door.  The next phase is to fill in and lay pavers, the same kind we used for the patio in back. 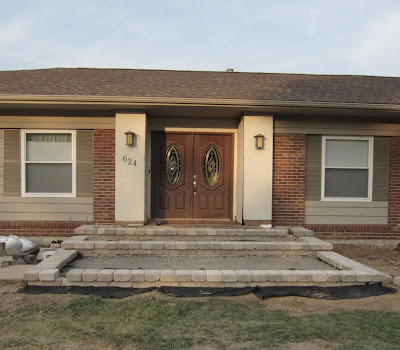 On the 16th Steve and Tim finished that big area in the foreground and Lola came out to see how well she liked it. 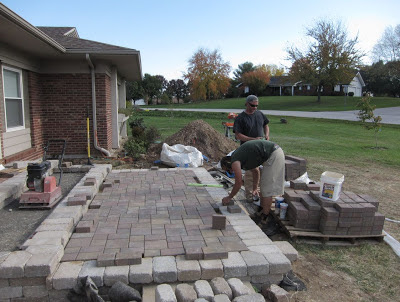 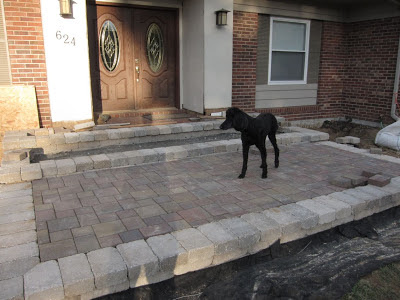 They're back outside this morning fitting in small pieces and starting the next level.  The new door was delivered yesterday, too.  In another ten days the whole front of the house will have an appearance that we think will balance the unusual length of the house's "footprint."
Posted by Seeker at 10:27 AM