The Nurture and the Battle

This is a tale of two crops in the back yard.  The seedling sprouts look like they are growing with a lust for life after the big rain in the early morning. 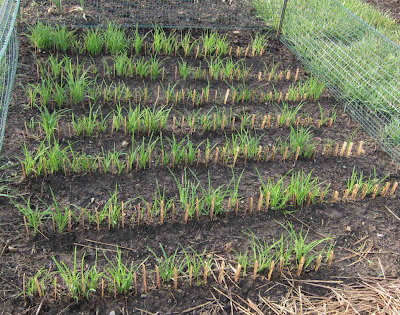 A couple of days ago I got this little patch weeded in about ten minutes.

The other crop is going to be the bane of my existence here.  It's nutsedge. 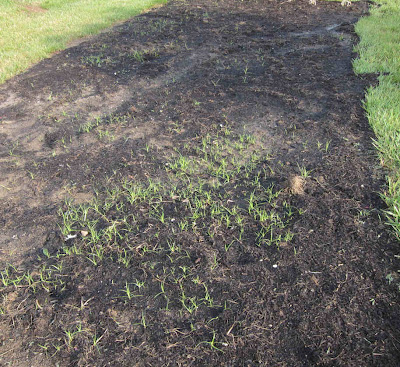 I've been over and over this bed with Roundup's generic equivalent.  It's quite effective on whatever it touches.  These little guys emerged from the zillions of sedge "nuts" under the surface.  I'll have to spray again....and again later.

Over at the seedling bed in University City this morning I saw several more patterns. 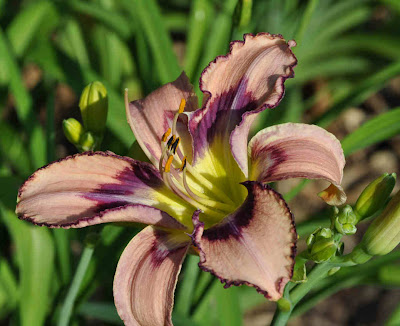 This is Blue-Eyed Butterfly X Rock Solid.  The form is more like BEB, and the fancy pattern is, too, but the colors are from Rock Solid.  Next step is to see if I can set seed pods on this or use its pollen wisely. 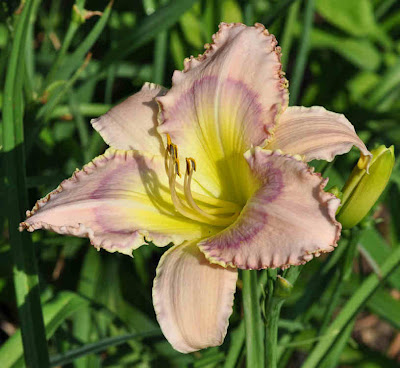 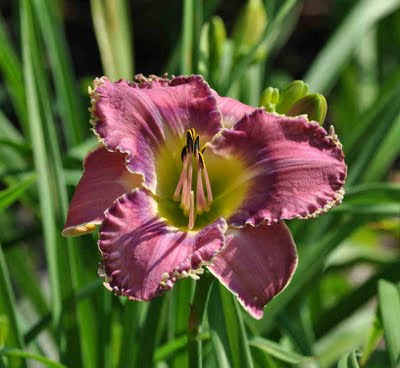 The genetics are fascinating.  This flower's eye traded the blue quality from both parents and took on purple.  The form is Bridgeton Finesse, but the main color is a brightened Toward the Blue, and the edge is much more like Toward the Blue.

Here are the two parents I've been talking about.  First Bridgeton Finesse by Darrel Apps. 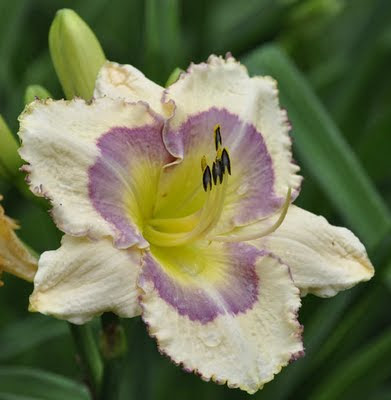 Now Toward the Blue by my friend, Paul Aucoin: 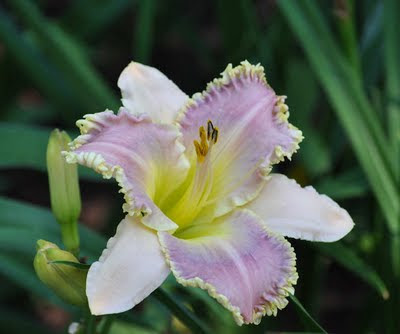